Forty years ago, on October 9, 1974, the Nobel Prize committee announced that the co-recipient of that year’s award for economics was the Austrian economist, Friedrich A. Hayek. Never was there a more deserving recognition for one of the truly great free market thinkers of modern times.
The Nobel committee recognized his contributions, including “pioneering work in the theory of money and economic fluctuations and for [his] penetrating analysis of the interdependence of economic, social and institutional phenomena.”

For almost a century, since the end of the First World War in 1918, mankind has been in search of international order and global peace through the political method of international organization. However, instead of peace among men, the last one hundred years as seen almost unending wars, great and small. Maybe it is because men have looked for peace from government rather than from a rebirth of the philosophy of individualism and classical liberalism.

Seventy years ago this month, on March 10, 1944, “The Road to Serfdom” by Friedrich A. Hayek was first published in Great Britain. For seven decades it has continued to challenge and influence the political-economic landscape of the world. Hayek delivered an ominous warning that political trends in the Western democracies, including America, were all in the direction of a new form of servitude that threatened the personal and economic liberty of the citizens of these countries. 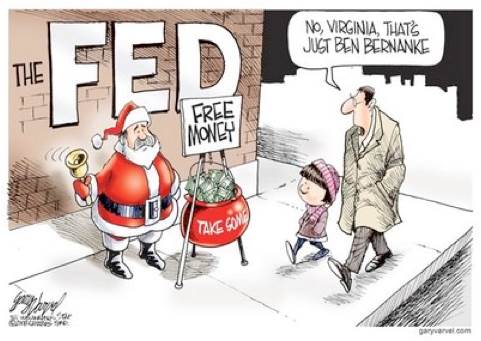 END_OF_DOCUMENT_TOKEN_TO_BE_REPLACED

The Austrian Economics Center, affiliated with the Hayek Institute in Vienna, Austria, published an interview with Richard Ebeling in their website, “Free Markets, Free People,” under the title, ‘A Conversation with Richard Ebeling,’ Part I and Part II, on August 8 & 13, 2013.

It was also re-posted it as one piece on Northwood University’s blog site, “In Defense of Capitalism & Human Progress.”

Ebeling discuss the importance of Austrian Economics and the ideas of F. A. Hayek for understanding the current economic crisis and for the future of liberty. And why there are reasons for optimism for friends of freedom.

In my opinion, Hayek’s explanation and defense of the competitive market economy and the free society in general is, possibly, the most insightful and profound argument for liberty penned in the 20th century.  His analysis of man’s inescapable ignorance of much of the knowledge that others possess—but upon which use we are all dependent in the extended system of division of labor—represents one of the subtlest understandings of why government central planning and heavy-handed intervention and regulation are inherently inferior to a functioning competitive market order.

The “moral” lesson, of course, is that each of us, in accepting our own limited and imperfect knowledge, should practice a high degree of humility in what we can claim to know and do in terms of trying to direct or command the otherwise “spontaneous” evolution and development of society and its institutions. This is the overarching message that runs through Hayek’s writings over the decades. As he often put it, we need to use our reason to appreciate the limits of what our reason can realistically do in attempting to “plan” the social order and its daily operation. It is the reason why he, truly, was one of the most worthy to be awarded a Nobel Prize in economics, in terms of a lasting contribution to human knowledge about man and society.